Provacative & easy reading...Read before but purchased again would recommend for anyone who likes to ponder the why and why me of lifes problems. Read full review

Sylvia Plath's best poetry was produced, tragically, as she pondered self-destruction---in her poems as well as her life---and she eventually committed suicide. She had an extraordinary impact on British as well as American poetry in the few years before her death, and affected many poets, particularly women, in the generation after. She is a confessional poet, influenced by the approach of Robert Lowell. Born in Boston, a graduate of Smith College, Plath attended Newnham College, Cambridge University, on a Fulbright Fellowship and married the British poet Ted Hughes. Of her first collection,The Colossus and Other Poems (1962), the Times Literary Supplement remarked, "Plath writes from phrase to phrase as well as with an eye on the larger architecture of the poem; each line, each sentence is put together with a good deal of care for the springy rhythm, the arresting image and---most of all, perhaps---the unusual word." Plath's second book of poetry, Ariel, written in 1962 in a last fever of passionate creative activity, was published posthumously in 1965 and explores dimensions of women's anger and sexuality in groundbreaking new ways. Plath's struggles with women's issues, in the days before the second wave of American feminism, became legendary in the 1970s, when a new generation of women readers and writers turned to her life as well as her work to understand the contradictory pressures of ambitious and talented women in the 1950s. The Bell Jar---first published under a pseudonym in 1963 and later issued under Plath's own name in England in 1966---is an autobiographical novel describing an ambitious young woman's efforts to become a "real New York writer" only to sink into mental illness and despair at her inability to operate within the narrow confines of traditional feminine expectations. Plath was posthumously awarded the Pulitzer Prize for poetry in 1982. In recent years, there have been a number of biographies and critical evaluations of Plath's work. 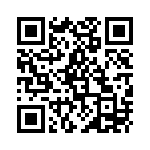