THE BETRAYAL: The 1919 World Series and the Birth of Modern Baseball

An investigation of one of the most long-lived and still-living sports scandals: the possible throwing of the 1919 World Series between the Chicago White Sox and the Cincinnati Reds. In this fine ... Read full review

Charles Fountain teaches at Northeastern University's School of Journalism. He is the author of several books, including Under the March Sun: The Story of Spring Training. 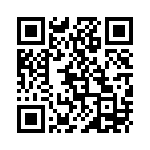