Purushottam Lal was born in Kapurthala, Punjab, and arrived in Calcutta (now Kolkata) as a young child. Educated at St Xavier’s College, he started teaching there after he graduated in 1953. By the time he retired, after four decades of teaching, he had become a legendary teacher, remembered for lectures that went beyond the syllabus and his willingness to nurture young student writers. After retirement he continued his academic career as an honorary professor at St Xavier’s and as a visiting professor at several universities abroad, including as Professor of Comparative Literature, Hofstra University New York, Ohio University, University of Illinois, Albion College and Western Maryland College amongst others.

He established the now legendary Writers Workshop but his energies were also devoted to a translation into English — a ‘transcreation’, as he preferred — of the 1,00,000 shlokas of the world’s longest poem, the Mahabharata, including its most famous and meditative section, the Bhagavadgita, in which Arjuna is steeled for his fight by the god Krishna.

He was honoured with the Padma Shri award in 1970. 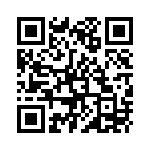