C.L.R. James gives a detailed and gripping story of the revolution that led to the declaration of an independent Haiti in 1803. I didn’t try to keep track of the individual skirmishes and leaders, but ... Read full review

Best for: Those interested in the history of enslaved people who successfully fought back. In a nutshell: Enslaved people revolt against the British, Spanish, and French over twelve years, eventually ... Read full review

C. L. R. JAMES (1901-1989) was a Trinidadian-born historian, literary critic, and philosopher, and a leader of the pan-African movement. A prodigious and eclectic intellectual, he debated Marcus Garvey in England, confronted Trotsky in Mexico, and influenced leaders of African revolutions including Kwame Nkrumah of Ghana. He is perhaps best remembered for his 1938 masterwork, The Black Jacobins, the first major analysis of the Haitian Revolution in the context of the French Revolution. In addition to his many works of history and his political activism, he was known as well for occasional playwriting and fiction; his novel Minty Alley, written in 1927, was the first by a black West Indian to be published in Britain. James was also known as an avid sportsman; he was the cricket writer for The Manchester Guardian beginning in the 1930s, and his 1963 book, Beyond a Boundary, which he described as "neither cricket reminiscences nor autobiography," has been hailed as the best single book on cricket ever written. 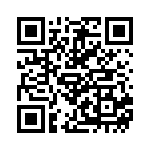