Todd Vogel is the director of American Studies and a visiting assistant professor of English and American Studies at Trinity College, Connecticut. His journalistic work has appeared in Business Week, the Washington Post, the Boston Globe, and the Dallas Morning News. 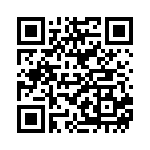