THE BLOOD ROAD: The Ho Chi Minh Trail and the Vietnam War

An intriguing analysis of the American war in Vietnam, as seen through the prism of the North Vietnamese supply line known as the Ho Chi Minh Trail. When historians examine the crucial military ... Read full review

JOHN PRADOS, Ph.D., is the author of nine other books on military history, including Combined Fleet Decoded, Hidden History of the Vietnam War, Valley of Decision, Keeper of the Keys, and Presidents' Secret Wars. Dr. Prados lives in Takoma Park, Maryland. 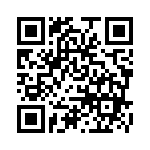