The Audacy (a task), The All Ways (holy place of fountains), the city of Task End, The Assimilate (interpretation of a holy book), The Immolan (religious leader of Taliban stand-in), The Talisman ... Read full review

I’m not quite sure what to make of this one. the Bloodprint is set in a dystopian future where a destructive war of not-quite-Armageddon proportions has apparently destroyed most of the world outside ... Read full review

Ausma Zehanat Khan holds a PhD in international human rights law with a specialization in military intervention and war crimes in the Balkans.  She is the author of the award-winning debut novel The Unquiet Dead, the first in the Khattak/Getty mystery series. Her subsequent novels include The Language of Secrets and Among the Ruins. A British-born Canadian, she now lives in Colorado with her husband. 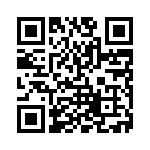