I can't believe I had this fine book on my shelf for so long and hadn't read it. Morrison tells us the story of two girls, and two families, in a black neighborhood in Ohio. Claudia has a stable ... Read full review

The language is exquisite. The story is heartbreaking and heartwarming at the same time. We've lost a master storyteller with the passing of Toni Morrison, but she's left us her gifts to treasure. Read full review

Toni Morrison was born in Lorain, Ohio on February 18, 1931. She received a B.A. in English from Howard University in 1953 and a master's degree in English from Cornell University in 1955 with her thesis on the theme of suicide in modern literature. She taught at several universities including Texas Southern University, Howard University, and Princeton University. Her first novel, The Bluest Eye, was published in 1970. Her other works include Sula, Tar Baby, Jazz, Paradise, Love, A Mercy, Home, and God Help the Child. She has won several awards including the National Book Critics Circle Award for Song of Solomon in 1977, the Pulitzer Prize for Beloved in 1988, the Nobel Prize in Literature in 1993, the Presidential Medal of Freedom in 2012, the Edward MacDowell Medal for her outstanding contribution to American culture in 2016, and the PEN/Saul Bellow Award for Achievement in American Fiction in 2016. She also co-wrote children's books with her son, Slade Morrison, including The Big Box, The Book of Mean People, and Peeny Butter Fudge. Toni Morrison passed away on August 5, 2019 at the age of 88, after a short illness. 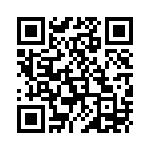