Gail Kern Paster is Professor of English at The George Washington University. 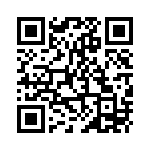