Michael F. Suarez S.J. is Professor and Director of the Rare Book School at the University of Virginia. Formerly the J. A. Kavanaugh Professor of English at Fordham University in New York and Fellow and Tutor in English at Campion Hall, Oxford, he is co-editor of The Cambridge History of the Book in Britain, Volume 5, 1695-1830 (2009) and co-general editor of The Collected Works of Gerard Manley Hopkins, 8 vols (2006- ). H. R. Woudhuysen is Rector of Lincoln College, Oxford. He has edited The Penguin Book of Renaissance Verse (1992), with David Norbrook; Love's Labour's Lost (1998) and, with Katherine Duncan-Jones, Shakespeare's Poems (2007) for the Arden Shakespeare third series. His book Sir Philip Sidney and the Circulation of Manuscripts, 1558-1640 was published in 1996. 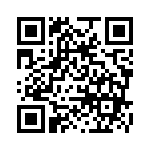