The Book of Jewish Food

The history in this book is great. I found alot of great recipes also. This is a great book for the jr to professional chef in any ones life! Read full review

The book of Jewish food: an odyssey from Samarkand to New York

The well-known author of The Book of Jewish Food and other works on Italian and Mediterranean cuisines, Roden calls her first cookbook, A Book of Middle Eastern Food (1972), a "labor of love" as it ... Read full review

Claudia Roden was born and raised in Cairo. She completed her formal education in Paris and then moved to London to study art. She travels extensively as a food writer. Her previous books include Mediterranean Cookery, which was published in conjunction with her BBC television series; her seminal A Book of Middle Eastern Food; Everything Tastes Better Outdoors; The Good Food of Italy--Region by Region; and Coffee: A Connoisseur's Companion. She has won five Glenfiddich prizes, including 1992 Food Writer of the Year and the Glenfiddich Trophy. In 1989 she received the two most prestigious food prizes of Italy--the Premio Orio Vergani and the Premio Maria Luigia, Duchessa di Parma--for her London Sunday Times Magazine series "The Taste of Italy." She lives in London. 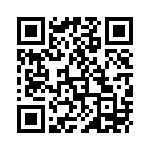