There is a shimmering brilliance in this book by Milan Kundera. The opening paragraph of the first story hooks you, and I don't want to spoil the book. From a story about life in a dictatorship to the ... Read full review

Some beautiful, moving prose here, and some intense commentary pertaining to the cultural moment from which it emerged. In the end, though, I could not reconcile myself to the violence done to women ... Read full review

The Franco-Czech novelist and critic Milan Kundera was born in Brno and has lived in France, his second homeland, since 1975. He is the author of the novels The Joke, Farewell Waltz, Life Is Elsewhere, The Book of Laughter and Forgetting, The Unbearable Lightness of Being, and Immortality, and the short-story collection Laughable Loves—all originally written in Czech. His most recent novels Slowness, Identity, and Ignorance, as well as his nonfiction works The Art of the Novel, Testaments Betrayed, The Curtain, and Encounter, were originally written in French. 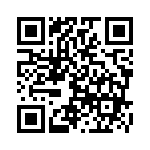