Review: Book of Life, The: Daily Meditations with Krishnamurti

Jiddu Krishnamurti was born on May 11, 1895 in Madanapalle, India. As children, he and his brother were adopted by Dr. Annie Besant, then president of the Theosophical Society. She and others proclaimed that Krishnamurti was to be a world teacher whose coming the Theosophists had predicted. To prepare the world for this coming, a world-wide organization called the Order of the Star in the East was formed and Krishnamurti was made its head. In 1929, he renounced the role that he was expected to play, dissolved the Order, and returned all the money and property that had been donated for this work. From then until his death, he traveled the world speaking to large audiences and to individuals about the need for a radical change in mankind. He belonged to no religious organization, sect or country, nor did he subscribe to any school of political or ideological thought. On the contrary, he maintained that these are the factors that divide human beings and bring about conflict and war, and that we are all human beings first. He was a philosopher whose teachings of more than 20,000,000 words are published in more than 75 books, 700 audiocassettes, and 1200 videocassettes. He died of pancreatic cancer on February 17, 1986 at the age of 90. 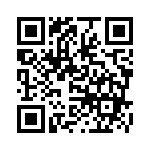