This was a re-read and I had definitely forgotten just how dark this boom was! The story follows young David who is struggling with the loss of his mother. There is a war on, and David's father has ... Read full review

A fairy tale for adults along the lines of Neil Gaiman's Neverwhere. Definitely some Grimm influence here - you'll recognize shades of the tales - and echoes of Narnia. David is a young boy when his ... Read full review

John Connolly is author of the Charlie Parker mysteries, The Book of Lost Things, the Samuel Johnson novels for young adults and, with his partner, Jennifer Ridyard, the co-author of the Chronicles of the Invaders. John Connolly's debut - EVERY DEAD THING - introduced the character of Private Investigator Charlie Parker, and swiftly launched him right into the front rank of thriller writers. All his subsequent novels have been Sunday Times bestsellers. In 2007 he was awarded the Irish Post Award for Literature. He was the first non-American writer to win the US Shamus award and the first Irish writer to win an Edgar award. BOOKS TO DIE FOR, which he edited with Declan Burke, was the winner of the 2013 Anthony, Agatha and Macavity awards for Best Non-Fiction work. 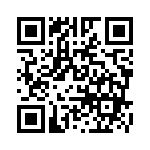