Paul Ruditis has written more than thirty books based on some of the most popular shows on television, including Buffy the Vampire Slayer, Star Trek, The West Wing, and Alias. He is also the author of an original fiction series for teens, DRAMA!, and the novel, Love, Hollywood Style. He lives in Los Angeles. 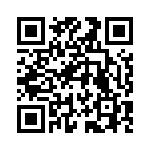