So Dr. Pearl won the Turing Prize, which I think means he convinced a computer that he's human or something. The first part of the book is fascinating and informative. The author was involved directly ... Read full review

Judea Pearl (Author)
Judea Pearl is a world-renowned Israeli-American computer scientist and philosopher, known for his world-leading work in AI and the development of Bayesian networks, as well as his theory of causal and counterfactual inference. In 2011, he won the most prestigious award in computer science, the Alan Turing Award. He has also received the Rumelhart Prize (Cognitive Science Society), the Benjamin Franklin Medal (Franklin Institute) and the Lakatos Award (London School of Economics), and he is the founder and president of the Daniel Pearl Foundation.
Dana Mackenzie, a Ph.D. mathematician turned science writer, has written for such magazines as Science, New Scientist, and Discover. 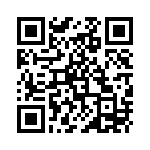