The single most helpful book I ever read on mental illness, honestly. One: because it transformed my thinking on this issue. Two: because it frames a mental illness the way it should be, without ... Read full review

The expanded edition of Phillips's book delves further into body dysmorphic disorder, an obsession with an imagined physical abnormality. With today's emphasis on physical appearance and the lengths to wthich many go to alter theirs, this book remains timely. Read full review

Katharine A. Phillips, M.D., is Chief of Outpatient Services and Director of the Body Dysmorphic Disorder and Body Image Program at Butler Hospital in Providence, Rhode Island, and Associate Professor of Psychiatry and Human Behavior at Brown University School of Medicine. She is internationally
known for her pioneering work on BDD. 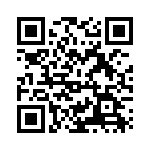