Robert Hodges was born and raised in the historic Shenandoah Valley of Virginia. A lifelong student of military history, particularly World War II and the American Civil War, he is the author of Elite 171 American Civil War Railroad Tactics. Formally trained in history and philosophy, he has published historical articles in several well-known magazines. He also writes fiction and poetry.

Johnny Shumate works as a freelance illustrator living in Nashville, Tennessee. He began his career in 1987 after graduating from Austin Peay State University. Most of his work is rendered in Adobe Photoshop using a Cintiq monitor. His greatest influences are Angus McBride, Don Troiani, and Edouard Detaille. His interests include karate, running, Bible reading, history, and making English longbows. 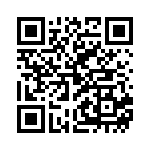