David Alexander is a veteran military author and defense journalist. Alexander s byline has become synonymous with insightful nonfiction as well as gripping fiction to readers the world over. The Richmond Observer called him the king of action-adventure writing. His growing list of media appearances includes C-SPAN and numerous radio talk shows. Alexander lives in Brooklyn. www.davidalexanderbooks.com 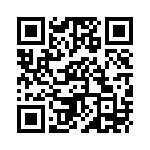