Carolyn Dewald is Professor of History and Classics at Bard College, New York. She has written extensively on Herodotus, including the introduction and notes to Herodotus The Histories (translated by Robin Waterfield) (1998). Her other publications include Thucydides' War Narrative: A Structural Study (forthcoming). 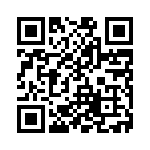