Michael Hattaway was educated in New Zealand and at Cambridge. He has taught at the Universities of Kent, British Columbia, Massachusetts, and Sheffield. He is the author of Elizabethan Popular Theatre (1982) and Hamlet:The Critics Debate (1987) and is the editor of A Companion to English Renaissance Literature and Culture (2000); with A. R. Braunmuller, of The Cambridge Companion to English Renaissance Drama (1990), and, with Derek Roper and Boika Sokolova, of Shakespeare in the New Europe (1994). For the New Mermaids he has edited Beaumont's The Knight of the Burning Pestle, for the New Cambridge Shakespeare 1-3 Henry VI and As You Like It, and for the Revels Series Jonson's The New Inn. 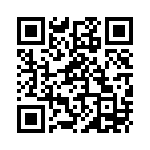