This first volume of the Cambridge History of American Literature (Colonial and Revolutionary Literature, Early National Literature: Part I) covers American literature from it's inception with the ... Read full review

Sacvan Bercovitch, who is a professor at Harvard University, is probably the most influential critic in American studies today. Tracing the function of rhetoric in American writing from the Puritans through the nineteenth century, Bercovitch has argued that the persuasiveness of rhetoric is in proportion to its capacity to help people act in history. In his books, Bercovitch has revealed the power of American rhetoric as it creates a myth of America that conflates religious and political issues, transforming even the most despairing and critical energies into affirmations of the American way. Among his major arguments is the idea that the rhetoric of America's colonial sermons and histories, founding documents, such as the Declaration of Independence, and novels of the American Renaissance, all participate in the project of transforming what he calls dissensus into rituals of consensus. 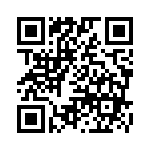