David Eltis is Robert W. Woodruff Professor of History at Emory University and research associate of the W. E. B. Du Bois Institute, Harvard University. He has also held visiting appointments at Harvard and Yale universities. Eltis received his Ph.D. from the University of Rochester in 1979. He is most recently author of The Rise of African Slavery in the Americas and co-compiler of The Transatlantic Slave Trade: A Database on CD-ROM and its successor on www.slavevoyages.org. He co-edited Extending the Frontiers: Essays on the New Transatlantic Slave Trade Database (with David Richardson) and Slavery in the Development of the Americas (with Frank D. Lewis and Kenneth L. Sokoloff) and edited Coerced and Free Migrations: Global Perspectives.

Stanley L. Engerman is John H. Munro Professor of Economics and Professor of History at the University of Rochester. He has also previously taught at Yale, Oxford and Cambridge universities. Engerman received his Ph.D. in economics from Johns Hopkins University in 1962. He is the author of Slavery, Emancipation, and Freedom: Comparative Perspectives and the co-author of Time on the Cross: The Economics of American Negro Slavery (with Robert Fogel) and Naval Blockades in Peace and War: An Economic History Since 1750 (with Lance E. Davis). He is also co-editor of A Historical Guide to World Slavery (with Seymour Drescher), Finance, Intermediaries, and Economic Development (with Philip T. Hoffman, Jean-Laurent Rosenthal and Kenneth L. Sokoloff) and The Cambridge Economic History of the United States (with Robert E. Gallman). 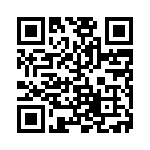