Thomas Hegghammer is a Senior Research Fellow at the Norwegian Defence Research Establishment (FFI) and Adjunct Professor in the Department of Political Science at the Universitetet i Oslo. Trained in Middle Eastern Studies at the University of Oxford and Sciences Po, Paris, he is the author of the prize-winning book Jihad in Saudi Arabia (Cambridge, 2010) and is the editor of Jihadi Culture (Cambridge, 2017). He has conducted extensive fieldwork in the Middle East, including interviews with former militants, and he has testified on jihadism in front of the US Congress and the British Parliament. 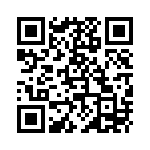