Best selling author Janet Morris began writing in 1976 and has since published more than 30 novels. She wrote the bestselling Silistra Quartet in the 1970s, including High Couch of Silistra, The Golden Sword, Wind from the Abyss, and The Carnelian Throne. This quartet had more than four million copies in Bantam print alone, and was translated into German, French, Italian, Russian and other languages. In the 1980s, Baen Books released a second edition of this landmark series. This third edition is the Author's Cut edition, newly revised by the author for Perseid Press. Most of her fiction work has been in the fantasy and science fiction genres, although she has also written historical and other novels. Morris has written, contributed to, or edited several book-length works of nonfiction, as well as papers and articles on nonlethal weapons, developmental military technology and other defense and national security topics. 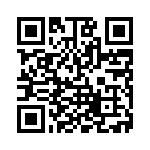