Bertolt Brecht was born on February 10, 1898 in Augsburg, Bavaria, and died on August 14, 1956. He was a German playwright, theatre director and Marxist. The modest house where he was born is today preserved as a Brecht Museum. Brecht formed a writing collective which became prolific and very influential. He wrote many lyrics for musicals and collaborated with Kurt Weill to create Die Dregroschenoper -- the biggest hit in 1920s Berlin. Brecht experimented with his own theater and company -- the Berliner Ensemble -- which put on his plays under his direction and which continued after his death with the assistance of his wife. Brecht aspired to create political theater, and it is difficult to evaluate his work in purely aesthetic terms. Brecht died in 1956.

Ralph Manheim (b. New York, 1907) was an American translator of German and French literature. His translating career began with a translation of Mein Kempf in which Manheim set out to reproduce Hitler's idiosyncratic, often grammatically aberrant style. In collaboration with John Willett, Manheim translated the works of Bertolt Brecht. The Pen/Ralph Manheim Medal for translation, inaugurated in his name, is a major lifetime achievement award in the field of translation. He himself won its predecessor, the PEN translation prize, in 1964. Manheim died in Cambridge in 1992. He was 85. 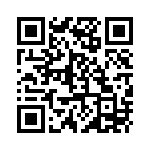