I learned a lot about schizophrenia from this well-paced autobiography, and it rekindled my love for psychoanalysis. Definitely one of my favorite reads of 2019. Read full review

Wow, what an amazing book by an amazing woman. I'm not usually a fan of autobiographies, but this one just blew me away. You will not believe how far this woman goes in life while dealing with the ... Read full review

Elyn R. Saks is Associate Dean and Orrin B. Evans Professor of Law, Psychology, and Psychiatry and the Behavioral Sciences at the University of Southern California Gould Law School, an expert in mental health law and a Mac¬Arthur Foundation Fellowship winner. She graduated from Oxford as a Marshall Scholar and received her J.D. from Yale Law School. She has published three books and more than two dozen articles, and serves on the board of several mental health foundations. She lives in Los Angeles with her husband, Will Vinet. 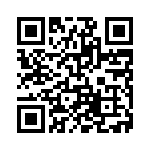