A pragmatic argument about moving politics away from polarities and toward the moderate middle, where the author feels most voters find themselves and most solutions can be negotiated.The word ... Read full review

An interesting read. While Wheelan makes several significant points, particularly in regards to hyper-extremism and the affect it has had on negotiation and cooperation in the American Constitutional system, there are other moments when Wheelan is deceptively peddling conservative political ideology buried beneath a faux facade of "nonpartisanship".

Charles Wheelan is the author of the best-selling Naked Statistics and Naked Economics and is a former correspondent for the Economist. He teaches public policy at Dartmouth College and lives in Hanover, New Hampshire, with his family. 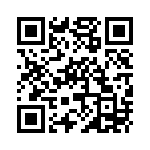