PAUL CHRISTOPHER MANUEL is Assistant Professor and Chair in the Department of Politics at St. Anselm College in New Hampshire. He holds degrees from Georgetown University and Boston University. 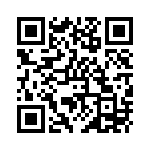