Brian Yecies is a Senior Lecturer in Cultural Studies at the University of Wollongong, Australia.

Aegyung Shim is a past Korea Foundation Postdoctoral Research Fellow at the Institute for Social Transformation Research (ISTR) at the University of Wollongong, Australia. 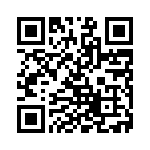