David Malcolm Storey was born in Wakefield, Yorkshire, England on July 13, 1933. He was a professional rugby player with the Leeds Rugby League club and received a diploma from the Slade School of Art in London. He worked as a teacher before becoming a novelist and playwright. His first novel, This Sporting Life was published in 1960 and won the Somerset Maugham Fiction Award. He adapted it into film in 1963. His other novels included Flight into Camden, Radcliffe, Pasmore, and Saville, which won the Man Booker Prize in 1976. His plays included The Restoration of Arnold Middleton, In Celebration, The Farm, Life Class, Stages, and Early Days. The Changing Room, Home, and The Contractor were all named best play by the New York Drama Critics' Circle. He died from Parkinson's disease and related dementia on March 26, 2017 at the age of 83. 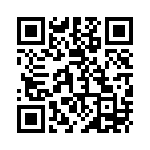