John R. Shook, Ph.D., is Vice President for Education and Research and Senior Research Fellow at the Center for Inquiry in Amherst, New York. He also is Research Associate in Philosophy at the University at Buffalo. Among his books are Dewey's Empirical Theory of Knowledge and Reality (2000) and Dewey's Philosophy of Spirit (2010). He has edited or co-edited more than a dozen books including Pragmatic Naturalism and Realism (2003), A Companion to Pragmatism (2005), Dictionary of Modern American Philosophers (2005), and The Future of Naturalism (2009). 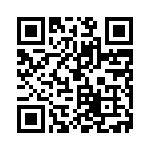