Andy Schneider, better known as The Chicken Whisperer, has become the go-to guy for anything chickens and was the first "poultry personality" in the world of backyard poultry. Over the years, he has helped a countless number of people start their very own backyard flocks and has assisted in changing more laws around the country to allow backyard chickens than anyone. He is not only a well-known radio personality, as the host of the Backyard Poultry with The Chicken Whisperer radio show, but also Editor in Chief of, Chicken Whisperer Magazine, National Spokesperson for the USDA-APHIS Biosecurity for Birds Program, and author of, The Chicken Whisperer's Guide to Keeping Chickens.

Andy Schneider, better known as the Chicken Whisperer, has become the go-to guy for anything chickens. Over the years, he has helped a countless number of people start their very own backyard flocks. He is not only a well-known radio personality, as host of the "Backyard Poultry with the Chicken Whisperer" radio show, but also a contributor for Mother Earth News, Grit Magazine, and FarmersĂ? Almanac. He is the national spokesperson for the USDA-APHIS Bio-Security for Birds Program. He is the Founder/Organizer of the Atlanta Backyard Poultry Meetup Group and many other Meetup Groups around the United States. He has been featured on CNN, HLN, Fox, ABC, CBS, NBC, NPR, as well as in The Wall Street Journal, Time Magazine, The Economist, USA Today, New Life Journal, and other local and national publications. Andy has also been traveling around the U.S. on the Chicken Whisperer Tour, educating people about the many benefits of keeping a small backyard flock of chickens. Andy and his wife Jen keep 35 chickens on their property just north of Atlanta, Georgia. Visit him online at http://www.chickenwhisperer.com.Dr. Brigid McCrea, Ph.D, began her lifelong love of chickens quite by accident, and she attributes it all to her involvement in 4-H. With the help of the family mechanic, who was also a show chicken breeder and a 4-H poultry leader, she began to raise and show chickens. The poultry community is full of kind people willing to share their knowledge with fellow poultry enthusiasts, and it was this camaraderie that spurred her on to study poultry and birds in college. She received her B.S. and M.S. in Avian Sciences from the University of California, Davis, and then received her Ph.D. in Poultry Science from Auburn University. Brigid is pleased to share her poultry knowledge with everyone who is interested in learning how best to start or serve their flock. 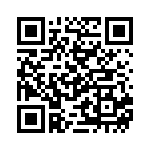