THE CHOSEN: The Hidden History of Admission and Exclusion at Harvard, Yale, and Princeton

The Chosen: the hidden history of admission and exclusion at Harvard, Yale, and Princeton

Who gets into what college, and why? Karabel (sociology, Univ. of California, Berkeley) has produced a powerful study of the origins of current practices of selective admission at the "Big Three" and ... Consulter l'avis complet

JEROME KARABEL is a professor of sociology at the University of California, Berkeley, and a senior fellow of the Longview Institute, a new progressive think tank. An award-winning scholar, Karabel has appeared on Nightline, Today, and All Things Considered. He has written for the New York Review of Books, the New York Times Book Review, the Nation, the New York Times, and the Los Angeles Times. 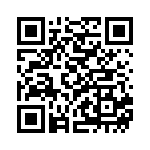