Roger Finke is Professor of Sociology and Religious Studies at the Pennsylvania State University and Director of the Association of Religion Data Archives (www.theARDA.com). He has published in numerous social science journals and has co-authored two award-winning books with Rodney Stark: Acts of Faith: Explaining the Human Side of Religion and The Churching of America, 1776 1990. He is the past president of the Association for the Study of Religion, Economics, and Culture; is a past chair of the American Sociological Association's Sociology of Religion Section; and has served as a member of multiple national and international councils, boards, and committees. He is the 2009 recipient of the Pennsylvania State University President's Award for integrating research, teaching, and service. 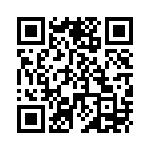