Reading the early fathers of the faith is a must for any student of theology. ×čňŕňü âĺńü îňçűâ

Saint Augustine was born to a Catholic mother and a pagan father on November 13, 354, at Thagaste, near Algiers. He studied Latin literature and later taught rhetoric in Rome and Milan. He originally joined the Manicheans, a religious sect, but grew unhappy with some of their philosophies. After his conversion to Christianity and his baptism in 387, Augustine developed his own approach to philosophy and theology, accommodating a variety of methods and different perspectives. He believed that the grace of Christ was indispensable to human freedom, and he framed the concepts of original sin and just war. His thoughts greatly influenced the medieval worldview. One of Augustine's major goals was a single, unified church. He was ordained a priest in 391 and appointed Bishop of Hippo, in Roman Africa, in 396. Augustine was one of the most prolific Latin authors in terms of surviving works, and the list of his works consists of more than one hundred separate titles. His writings and arguments with other sects include the Donatists and the Pelagians. On the Trinity, The City of God, and On Nature and Grace are some of his important writings. Confessions, which is considered his masterpiece, is an autobiographical work that recounts his restless youth and details the spiritual experiences that led him to Christianity. Many of Augustine's ideas, such as those concerning sin and predestination, became integral to the doctrines of the Roman Catholic Church. In the Catholic Church he is a saint and pre-eminent Doctor of the Church, and the patron of the Augustinians. He is the patron saint of brewers, printers, and theologians. Augustine died on August 28, 430. 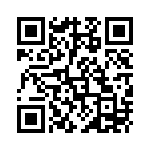