CLIFFORD STEVENS WALTON [1861-1912], a major in the United States Army, was a veteran of the Spanish American War who served as a staff officer in Cuba and Puerto Rico. He graduated from West Point and attended the University of Madrid and the National Law University in Washington, DC, where he received an LLM degree. He served as an attorney on several International law commissions that involved controversies between the United States and Chile, Peru, El Salvador and other nations. 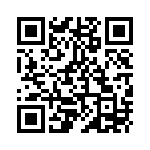