This book has a poor writing style, I read the book and 5 of the other books in the series because they are on our bookshelf. I thought it might improve as the series went on, but I like the series ... Read full review

Clan of the Cave Bear I was disappointed, read this long detailed book that just ends! What's up with that? The author could have done better. Read full review

Jean M. Auel is an international phenomenon. Her Earth's Children« series has sold more than 45 million copies worldwide and includes The Clan of the Cave Bear, The Valley of Horses, The Mammoth Hunters, The Plains of Passage, The Shelters of Stone, and The Land of Painted Caves. Her extensive research has earned her the respect of archaeologists and anthropologists around the world. She has honorary degrees from four universities and was honored by the French government's Ministry of Culture with the medal of an "Officer in the Order of Arts and Letters." She lives with her husband, Ray, in Oregon. 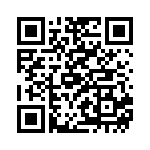