Ben Bussey is a Senior Staff Scientist at The Johns Hopkins University Applied Physics Laboratory, Laurel, Maryland. He obtained his PhD in Planetary Geology at University College London, and since then has worked in various locations including the Lunar and Planetary Institute in Houston, the European Space Agency in Holland, and the University of Hawaii in Honolulu. His research speciality is remote sensing of planetary surfaces, with a particular interest in the lunar poles. He received a NASA Group achievement award for his participation in the Near Earth Asteroid Rendezvous mission.

Paul Spudis is a Senior Staff Scientist at the Lunar and Planetary Institute in Houston, Texas. His research is on the deposits and environment of the poles of the Moon with the aim of understanding their potential as sites for future exploration and use. He was educated at Arizona State University (BS, 1976; PhD, 1982) and Brown University (ScM, 1977). He was deputy leader of the Science Team for the DoD-NASA Clementine mission in 1994, the Principal Investigator of the Mini-SAR radar imaging experiment on the Indian Chandrayaan-1 mission to the Moon in 2009, and a team member of the Mini-RF imaging radar experiment aboard NASA's current Lunar Reconnaissance Orbiter mission. He has served on two White House study groups, including the Presidential Commission on the Implementation of US Space Exploration Policy in 2004. He has been awarded the NASA Distinguished Service Medal, the Theodore von Karman medal from the American Institute of Aeronautics and Astronautics, and the Space Pioneer award of the National Space Society. He is the author of more than 100 scientific papers, five books, and numerous articles for the popular press. 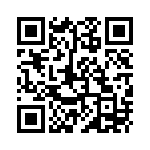