I returned from vacation to discover the Washington Post -- a major character in a book I finished, _This Town_ -- was sold for $250 million in cash to Jeff Bezos. _This Town_ is mostly about the WaPo ... Read full review

There are few things I care less about than Washington DC political intrigue. So I am only rating this book on whether I had fun reading it, not if it's accurate, even-handed, "gets Washington" or of ... Read full review

Mark Leibovich is The New York Times Magazine chief national correspondent, based in Washington, D.C. In 2011, he received a National Magazine Award for his story on Politico's Mike Allen and the changing media culture of Washington. Prior to coming to the Times Magazine, Leibovich was a national political reporter in the Times' DC bureau. He has also worked at The Washington Post, The San Jose Mercury News and The Boston Phoenix, and is the author of The New Imperialists, a collection of profiles on technology pioneers. Leibovich lives with his family in Washington. 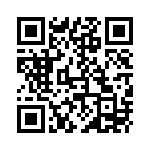