Good read, great for my essay!

Hello, I am Mr villaspin anderson, a private loan lender who gives life time opportunity loans. Do you need an urgent loan to clear your debts or you need a capital loan to improve your business? Have you been rejected by banks and other financial agencies? Do you need a consolidation loan or mortgage? Look no more because we are here for all your financial problems in the past. We loan funds to individuals in need of financial assistance, that have a bad credit or in need of money to pay bills, to invest on business at the rate of 2%. I want to use this medium to inform you that we render reliable and beneficiary assistance and will be willing to offer you a loan. So contact us today by e-mail at: (villaspinanderson@outlook.com)

Mike Finn is Director of the Centre for Education Policy Analysis and Lecturer in the History of Education at Liverpool Hope University. He has taught history and politics at a number of institutions, including as a Research Fellow of Lady Margaret Hall, Oxford, and as a Bye-Fellow of Magdalene College, Cambridge. In 2006 he was Head of Research and political speechwriter to the Leader of the Liberal Democrats during the transition from Charles Kennedy to Ming Campbell. In 2001 he won the Palgrave/Times Higher Education Humanities and Social Sciences writing prize. A former Kennedy Scholar at Harvard University, he is the editor of The Gove Legacy: Education in Britain after the Coalition (2015). 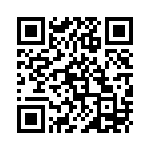