Michael S. Gazzaniga, one of the premiere doctors of neuroscience, was born on December 12, 1939 in Los Angeles. Educated at Dartmouth College and California Institute of Technology, he has been on the faculty of the Center for Neuroscience, University of California, Davis. His early research examined the subject of epileptics who had undergone surgery to control seizures. He has also studied Alzheimer's and Parkinson's patients and reveals important findings in books such as Cognitive Neuroscience: The Biology of the Mind. While many of his writings are technical, he also educates and stimulates readers with discussions about the fascinating and mysterious workings of the brain. Books such as The Social Brain and The Mind's Past bring forth new information and theories regarding how the brain functions, interacts, and responds with the body and the environment. 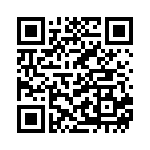