Author George P. Garrett was born in Orlando, Florida on June 11, 1929. He received a B. A. (1952), M.A. (1956), and a Ph.D. (1985) from Princeton University. He has written short story collections, poetry, plays, novels, screenplays and a biography of James Jones. In 1962, Garrett moved to Charlottesville to begin his job as a member of the English department at the University of Virginia, where he remained until 1968. He also taught at other universities including Princeton University and the University of Michigan. He returned to the University of Virginia in 1984 as the Henry Hoyns Professor of Creative Writing. He retired from teaching in 2000 and was poet laureate of Virginia from 2002 to 2004. His large body of work includes writing the widely known Elizabethan Trilogy Death of the Fox, The Succession, and Entered from the Sun; the collected stories An Evening Performance; the book of poetry Days of Our Lives Lie in Fragments: New and Old Poems 1957-1997; the collection of stories, essays, and anecdotes Bad Man Blues as well as the screenplays for The Young Lovers and The Playground. Garrett has also received numerous honors, some of which include the Aiken-Taylor Award in Poetry, 1999; the Hollins College Medal, 1992; the PEN/Malamud Award for Short Story, 1990; the T.S. Eliot Award of Ingersoll Foundation, 1989; the Award of American Academy of Arts and Letters, 1985 and the Rome Prize of The American Academy of Arts and Letters, 1959. He died from cancer on May 26, 2008. 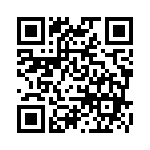