This was an easy read; full of lots of stats. I think alot of this has already happened and we have already lost to China; I don't see a way back. Clifton states that he believes America can win but I ... Read full review

Yes, yes, yes, I get it. We're in trouble. Clifton needs to get over his ideas about American exceptionalism before I can take him seriously. On the other side of the same coin, though, he also needs ... Read full review

Jim Clifton is Chairman and CEO of Gallup. His most recent innovation, the Gallup World Poll, is designed to give the world’s 7 billion citizens a voice in virtually all key global issues. Clifton has pledged to continue this effort to collect world opinion for 100 years in 150 countries.

Under Clifton’s leadership, Gallup has achieved a fifteen-fold increase in its billing volume and expanded Gallup from a predominantly U.S.-based company to a worldwide organization with 40 offices in 30 countries and regions.

Clifton is also the creator of The Gallup Path, a metric-based economic model that establishes the linkages among human nature in the workplace, customer engagement and business outcomes. This model is used in performance management systems in more than 500 companies worldwide.

Clifton serves on several boards and is Chairman of the Thurgood Marshall College Fund. He has received honorary degrees from Jackson State, Medgar Evers and Bellevue universities. He lives in Washington, D.C., with his wife, Susan. 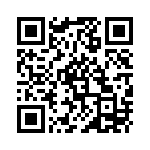