Page iv - The role of the nobility had correspondingly declined; and the clergy, as the ideal which it proclaimed lost prestige, found its authority growing weaker. These groups preserved the highest rank in the legal structure of the country, but in reality economic power, personal abilities and confidence in the future had passed largely to the bourgeoisie. . . . The Revolution of 1789 restored the harmony between fact and law.
Appears in 7 books from 1946-2005
Page iii - THE ULTIMATE CAUSE of the French Revolution of 1789 goes deep into the history of France and of the western world.
Appears in 10 books from 1954-2005

Georges Lefebvre (1874-1959) was one of the most important twentieth-century historians of the French Revolution. His books include The Great Fear of 1789: Rural Panic in Revolutionary France (Princeton). Timothy Tackett is professor emeritus of history at the University of California, Irvine. 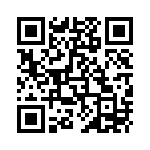