if you love shakespeare you must have this

I love a wellbound book and this is certainly a showpiece on my bookcase. people cant help but want to pick it up and thumb through it. It is a bit heavy to actually read but is a must have for any book lover Ler crítica na íntegra

The picture on the internet was so deceiving. It looked like a plain covered book. It was purchased as a Christmas present for our son. When the book came to our house I was so pleasantly surprised at ... Ler crítica na íntegra 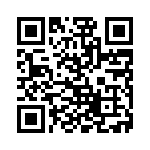