I will be honest here, please have confidence in me. I read this book for school. AN Eng Lit class. I found it mostly pretty boring, I have discovered Melville likes to take a LONG time describing things that rarely appeared to matter. I did enjoy the people getting conned though. Not something I would recommend to anyone. Now I must go write a report on why this book was so terrific...

The Missourian, who serves as the Everyman in Melville's satire, is laugh-out-loud funny. An American with no tolerance of the fraudsters he meets on the steamship Fidele, he tells them off in fine style. The various con men appear, each with different hints of the Devil in his costume and face or figure. A little familiarity with American literature, especially the work of Nathaniel Hawthorne (1800-1850) is helpful to appreciation. Melville seeks for Faith on the Fidele, but wrestles with an Atheism that was not permissible to be expressed at the time.

Page 44 - For scarcely for a righteous man will one die ; yet peradventure for a good man some would even dare to die. But God commendeth his love toward us, in that while we were yet sinners, Christ died for us.
Appears in 918 books from 1735-2008
Page 9 - Encyclopaedia of Geography ; Comprising a complete Description of the Earth : Exhibiting its Relation to the Heavenly Bodies, its Physical Structure, the Natural History of each Country, and the Industry, Commerce, Political Institutions, and Civil and Social State of All Nations. Second Edition ; with 82 Maps, and upwards of 1,000 other Woodcuts. 8vo. price 60s. Neale.— The Closing Scene; or, Christianity and Infidelity contrasted in the Last Hours of Remarkable Persons.
Appears in 627 books from 1796-2008
More
Page 353 - The Cabinet Lawyer : A Popular Digest of the Laws of England, Civil and Criminal ; with a Dictionary of Law Terms, Maxims, Statutes, and Judicial Antiquities ; Correct Tables of Assessed Taxes, Stamp Duties, Excise Licenses, and Post-Horse Duties ; Post-Office Regulations, and Prison Discipline.
Appears in 372 books from 1828-2008
Page 8 - TREASURY OF KNOWLEDGE AND LIBRARY OF REFERENCE. Comprising an English Dictionary and Grammar, Universal Gazetteer, Classical Dictionary, Chronology, Law Dictionary, &c.
Appears in 849 books from 1758-2007
Page 2 - Col. Hawker's Instructions to Young Sportsmen in all that relates to Guns and Shooting.
Appears in 703 books from 1758-2007
Page 6 - Encyclopaedia of Agriculture ; comprising the Theory and Practice of the Valuation, Transfer, Laying-out, Improvement, and Management of Landed Property, and of the Cultivation and Economy of the Animal and Vegetable Productions of Agriculture; Including all the latest Improvements, a general History of Agriculture in all Countries, a Statistical View of its present State, and Suggestions for its future progress in the British Isles.
Appears in 663 books from 1796-2007
Page 233 - LAERTES' head. And these few precepts in thy memory Look thou character. Give thy thoughts no tongue, Nor any unproportion'd thought his act. Be thou familiar, but by no means vulgar. The friends thou hast, and their adoption tried, Grapple them to thy soul with hooks of steel ; But do not dull thy palm with entertainment Of each new hatch'd, unfledg'd comrade.
Appears in 359 books from 1796-2008
Page 354 - Prayers for every day of the week, selected exclusively from theBook of Common Prayer ; Part II. comprising an appropriate Sermon for every Sunday in the year. By the Rev. THOMAS DALE, MA, Canon Residentiary of St.
Appears in 410 books from 1838-2006
Page 354 - A Dictionary of Practical Medicine : Comprising General Pathology, the Nature and Treatment of Diseases, Morbid Structures, and the Disorders especially...
Appears in 547 books from 1749-2007
Page 354 - Woodcuts, explanatory of the Principles, Machinery, and Constructions which come under the Direction of the Civil Engineer. Svo. price Ł3. 13s. Sd. The Cricket-Hold; or, the Science and History of the Game of Cricket. By the Author of Principles of Scientific Batting.
Appears in 344 books from 1803-2006
Less

Herman Melville (August 1, 1819 - September 28, 1891) was born into a seemingly secure, prosperous world, a descendant of prominent Dutch and English families long established in New York State. That security vanished when first, the family business failed, and then, two years later, in young Melville's thirteenth year, his father died. Without enough money to gain the formal education that professions required, Melville was thrown on his own resources and in 1841 sailed off on a whaling ship bound for the South Seas. His experiences at sea during the next four years were to form in part the basis of his best fiction. Melville's first two books, Typee (1846) and Omoo (1847), were partly romance and partly autobiographical travel books set in the South Seas. Both were popular successes, particularly Typee, which included a stay among cannibals and a romance with a South Sea maiden. During the next several years, Melville published three more romances that drew upon his experiences at sea: Redburn (1849) and White-Jacket (1850), both fairly realistic accounts of the sailor's life and depicting the loss of innocence of central characters; and Mardi (1849), which, like the other two books, began as a romance of adventure but turned into an allegorical critique of contemporary American civilization. Moby Dick (1851) also began as an adventure story, based on Melville's experiences aboard the whaling ship. However, in the writing of it inspired in part by conversations with his friend and neighbor Hawthorne and partly by his own irrepressible imagination and reading of Shakespeare and other Renaissance dramatists Melville turned the book into something so strange that, when it appeared in print, many of his readers and critics were dumbfounded, even outraged. By the mid-1850s, Melville's literary reputation was all but destroyed, and he was obliged to live the rest of his life taking whatever jobs he could find and borrowing money from relatives, who fortunately were always in a position to help him. He continued to write, however, and published some marvelous short fiction pieces Benito Cereno" (1855) and "Bartleby, the Scrivener" (1853) are the best. He also published several volumes of poetry, the most important of which was Battle Pieces and Aspects of the War (1866), poems of occasionally great power that were written in response to the moral challenge of the Civil War. His posthumously published work, Billy Budd (1924), on which he worked up until the time of his death, became Melville's last significant literary work, a brilliant short novel that movingly describes a young sailor's imprisonment and death. Melville's reputation, however, rests most solidly on his great epic romance, Moby Dick. It is a difficult as well as a brilliant book, and many critics have offered interpretations of its complicated ambiguous symbolism. Darrel Abel briefly summed up Moby Dick as "the story of an attempt to search the unsearchable ways of God," although the book has historical, political, and moral implications as well. Melville died at his home in New York City early on the morning of September 28, 1891, at age 72. The doctor listed "cardiac dilation" on the death certificate. He was interred in the Woodlawn Cemetery in The Bronx, New York, along with his wife, Elizabeth Shaw Melville. 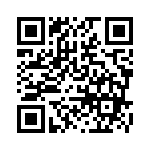