I had to read this for a seminar on multiculturalism. It advances a very provocative theory about the Spanish colonials' contact with natives after the discovery of America, and the destruction of their native cultures. Read full review

A truly wonderful book. A semiotician's view on the historical developments of a clash of two cultures. Some of the historical claims Todorov made were absolutely astounding, like the total victim ... Read full review

Tzvetan Todorov was born in Sofia, Bulgaria on March 1, 1939. He did his undergraduate studies at the University of Sofia and then moved to France to pursue postgraduate work. He completed his doctorate at the School for Advanced Studies in the Social Sciences in 1966 and he began teaching at the National Center for Scientific Research in 1968. In 1983, he helped found the Center for Arts and Language Research, involving scholars from both institutions. He was a literary theorist and historian. He wrote numerous books including The Fantastic: A Structural Approach to a Literary Genre, The Conquest of America: The Question of the Other, On Human Diversity, Facing the Extreme: Moral Life in the Concentration Camps, A French Tragedy: Scenes of Civil War Summer 1944, The New World Disorder: Reflections of a European, and Fear of the Barbarians: Beyond the Clash of Civilizations. He died of multiple system atrophy, a progressive brain disorder, on February 7, 2017 at the age of 77.

Richard Howard was born in Cleveland, Ohio on October 13, 1929. He received a B.A. from Columbia University in 1951 and studied at the Sorbonne as a Fellow of the French Government in 1952-1953. He briefly worked as a lexicographer, but soon turned his attention to poetry and poetic criticism. His works include Trappings: New Poems; Like Most Revelations: New Poems; Selected Poems; No Traveler; Findings; Alone with America; and Quantities. He won the Pulitzer Prize for poetry in 1969 for Untitled Subjects. He is also a translator and published more than 150 translations from the French. He received the PEN Translation Prize in 1976 for his translation of E. M. Cioran's A Short History of Decay and the American Book Award for his 1983 translation of Charles Baudelaire's Les Fleurs du Mal. In 1982, he was named a Chevalier of L'Ordre National du Mérite by the government of France. He teaches in the Writing Division of the School of the Arts, Columbia University. 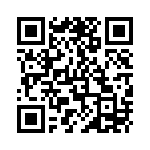