THE CONQUEST OF A CONTINENT: Siberia and the Russians

The conquest of a continent: Siberia and the Russians

Lincoln ( Red Victory , LJ 2/15/90) chronicles Siberia's role in Russian history, from the formation of the state to the disintegration of the Soviet Union. The author uses primary and secondary ... Read full review

The late W. Bruce Lincoln was author of twelve books on Russia, including The Romanovs: Autocrats of All the Russias; Red Victory: A History of the Russian Civil War; Between Heaven and Hell: The Story of a Thousand Years of Artistic Life in Russia; and, most recently, Sunlight at Midnight: St. Petersburg and the Rise of Modern Russia. He held the title of Distinguished Research Professor of Russian History at Northern Illinois University. 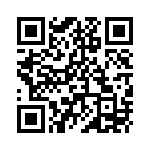