Russell Kirk (1918-1994), historian of ideas, critic, essayist, editor and novelist, was the author of thirty-two books. Among them are The Roots of American Order, America's British Culture, The Politic of Prudence, Eliot and His Age, Enemies of the Permanent Things, Edmund Burke, Redeeming the Time, John Randolph of Roanoke, and six works of fiction. His memoirs, The Sword of Imagination, were published posthumously. He received twelve honorary doctorates from American universities and many awards, including the Presidential Citizens Medal. The Russell Kirk Center for Cultural Renewal, founded in 1995 and based in Mecosta, Michigan, continues his work to defend "the permanent things" today. 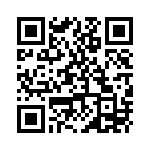